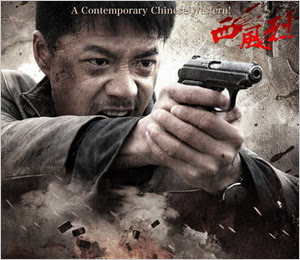 A Bank robbery in China?


A customer has been shot in the head and robbed of 300,000 yuan ($47,569) during a daylight village bank heist, Xinhua news agency reports.

The 30-year-old man was shot at the Bank of Agriculture in Anhuai village, Nanjing as he withdrew the large amount of money at around 10 am on Friday morning. The money was to pay migrant worker employees ahead of the Spring Festival.

Police are hunting for two males who fled the scene in the direction of the second Nanjing Yangtze Bridge.
The victim, who was accompanied by his boss and a colleague, was rushed to hospital, but his condition is not known.

His boss has been taken away for questioning by police who are also collecting evidence from the scene, Southern Metropolitan Daily reports.