The big triangle of love 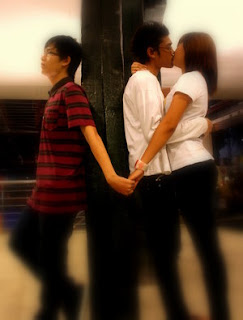 This is a story as old as mankind itself, isn't it?

A woman playing off men and then lying to cover herself?

Pshht!  She got with murder I think.

A judge ordered an eight-year prison sentence Tuesday for a San Antonio woman who authorities said instigated the murder of a boyfriend by lying to another boyfriend about a rape that never occurred.

Melissa Ann Ramos, 23, was originally charged with manslaughter in the death of Nathan Ramirez, who was 20 when he was gunned down in June 2007 behind the North Side sandwich shop where he worked.

But as part of a plea agreement reached in November, she pleaded no contest to robbery.