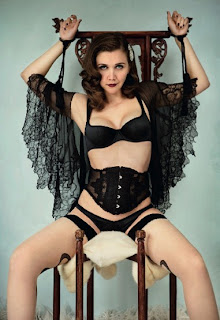 Normally I'd say big deal, but these days?

A little tone-deaf no?


The First Lady – better known for shopping at more modestly-priced High Street stores – along with the Queen of Qatar, Sheikha Mozah, closed off part of Madison Avenue to spend time in the luxury lingerie shop.

Their purchases contributed to a market-spanking 12.5pc lift in sales.
Agent Provocateur, which is styled on vintage Hollywood glamour, sells handmade Calais lace corsets that sell for up to £900, which could ruffle the feathers of more than just President Barack Obama in an election year.

Gary Hogarth, Agent Provocateur's chief executive, refused to be drawn on the store's closely kept "secret client list". But he admitted the brand had attracted a high number of "unexpected famous names" – especially in the US, where sales have overtaken the UK.