Irony thy name is Stash 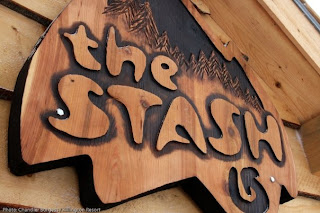 There's something you don't see everyday, a misprision of a felony.


The owner of a now-defunct social-life magazine called Stash was sentenced with his wife Friday for their roles in a federal drug investigation.

Robin D. Cruz, 40, pleaded guilty last year to possession of cocaine and possessing firearms during a drug crime. He admitted that he had quite a stash of his own at his far North Side home — including 119 pounds of hydroponically grown marijuana, nearly 10 ounces of cocaine, 2,069 pharmaceutical pills, hashish, hallucinogenic mushrooms, codeine, three assault rifles, a shotgun, two hunting rifles, five pistols and $10,063 in cash.

His wife, Venecia Cohen, 39, pleaded guilty to misprision of a felony, admitting she knew about the illegal stuff but said nothing to the law.