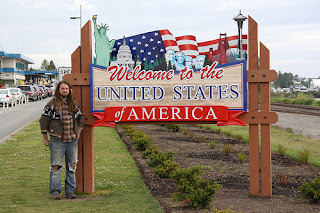 Well looking on the bright side, she gets to reside in the US for the next 19 years and 7 months.

BROWNSVILLE — A 60-year-old Mexican woman was sentenced Monday to nearly 20 years in federal prison for smuggling an estimated $1 million of methamphetamine into the United States from Mexico.

Reyna Osorio Martinez, of Morelia, was convicted of drug-trafficking charges by a federal jury in September.
Jurors heard that Osorio was the passenger in a 2002 Camry that crossed the Brownsville & Matamoros

International Bridge on April 16 with seven bundles of methamphetamine. While she told U.S. Customs officers her son-in-law bought the vehicle in Mexico the previous day, records showed she had crossed in the same vehicle three times in a period of months.