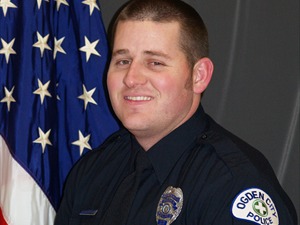 OGDEN, Utah (AP) — Gunfire erupted as anti-drug police served a search warrant in an Ogden neighborhood, fatally wounding one officer and injuring five other police and a suspect, authorities said.

The shots rang out before 9 p.m. Wednesday as police converged at a residence on Jackson Avenue, police spokesman Lt. Tony Fox said.

The six officers were hospitalized along with a suspect, Fox told The Associated Press.