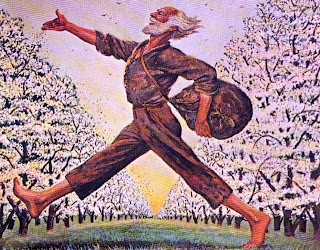 He must've been Johnny Potheadseed.

Pa. grandma says she was duped by stranger
Associated Press -

UNIONTOWN, Pa. (AP) — A southwestern Pennsylvania grandmother says she's no marijuana grower, just a woman who wanted something that would look pretty next to her tomatoes.

A Fayette County jury cleared 67-year-old Alberta Kelley of drug possession and manufacture charges on Wednesday after she told them she simply tossed a handful of seeds into her garden after a bearded stranger gave them to her.

Connellsville police charged Kelley a year ago after receiving a tip about Kelley's garden. Investigators say they found seven well-cultivated, four-foot marijuana plants behind her home.