You did it, yes, you 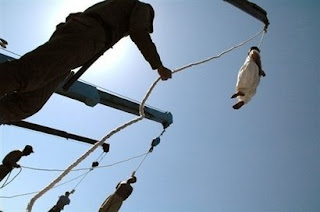 After finding him guilty of the murder the jury sentenced him to 30 years in prison with the Texas Department of Criminal Justice.

The reality was the range of punishment he was facing was 25 to 99 years or life due to two prior felony convictions and incarceration.

Told ya he'd be found guilty.

The verdict came in the fourth day of deliberations and after 207th District Court Judge Jack Robinson had to admonish the jurors to try harder after they indicated they were deadlocked.

The 41-year-old Smith was accused of stabbing 53-year-old Nancy Shields at their Canyon Lake home at 1235 Hedgestone Drive.

After receiving the initial 911 call, paramedics found Shields the night of July 11, 2008, with multiple stab wounds and severe blood loss. She immediately was airlifted to Brooke Army Medical Center, where she died shortly thereafter.

Judge Robinson ordered a short recess after the verdict was read, after which the trial would move immediately into the sentencing phase.