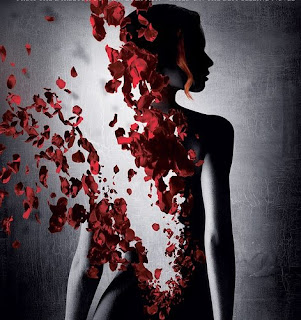 I am glad juries are taking these matters seriously.

There have been enough killings and attempted killings.

Like many communities, Wichita County has seen the devastating effects spousal abuse can have, and the people who are close to the cases see the impact not only on the intended victim, but entire families.

A case that led Thursday to a prison sentence for a 46-year-old man shows the Wichita County District Attorney’s Office believes this is a serious issue, and will take on this type of case, the prosecutor said.

A jury in 30th District Court found James Blevins guilty Wednesday of attempted murder and violation of a protective order stemming from an incident June 13. Jurors found him not guilty on a count of retaliation in the case. The same jury, made up of six men and six women, deliberated for several hours Thursday returning a few minutes after 6:30 p.m. with a decision on his punishment, which could have ranged from probation to 20 years in prison. The jurors recommended 11 years in prison on the attempted murder charge, along with a $5,000 fine, and a five-year term for the violation of a protective order conviction.

In this incident, the defendant and his wife were separated. She had a protective order filed against him, and he had already pleaded guilty to a violation of it months before things escalated in June 2008 when the man went to the woman’s home and found his wife packing for a move with help from a male friend. He later left the house and went to get a loaded shotgun and other weapons, coming back after telling his mother by phone he planned to kill the adults as well as the Blevins’ two children who were there, according to the information presented during the trial.

The jury did not find this case involved sudden passion, which would have reduced the possible punishment range to two to 10 years instead of two to 20.

The defense highlighted the fact that a weapon had not been pulled or used on anyone and also pointed out his eligibility for probation because of the absence of prior felony convictions.

Prosecutor John Gillespie pointed out during his portion of the punishment phase that Blevins received deferred adjudication in Montague County in a felony assault family violence case; when deferred adjudication is completed without further incident, the offense does not show up as a conviction on a defendant’s record.

Gillespie also pointed out he had been on probation in Wichita County several times for misdemeanor convictions, including prior assaults on the victim in this case and violation of a protective order.

Blevins’ wife was moving with the help of a friend June 13, Gillespie said. The Blevins’ two young sons were also at the home.

“The defendant showed up,” Gillespie said, “which was a violation of the protective order.” She told him to leave, and when he saw the friend who was helping her, he tried to fight, Gillespie said. The friend held Blevins to the wall, trying to calm him down.

Meanwhile, the defendant went to his home, which was about five minutes away, and got a shotgun, a Derringer and a filet knife, Gillespie said. The defendant’s roommate tried to persuade him not to go back to the scene after he said he wouldn’t be coming home again, he said.

On his trip back, the defendant also called his mother, telling her he was going to kill his wife and “that guy helping her,” Gillespie said. When she asked about “the grandbabies,” he said he would kill them all, Gillespie said.

His mother, who testified, pleaded with him not to go, and he hung up, Gillespie said. Blevins’ mother called his wife, who told the Wichita Falls police officer who had arrived to take the violation of a protective order report that her mother-in-law had just called.

“He’s on his way up here to kill me,” she told the officer, and moments later pointed him out to the officer as he drove up.

The officer, who testified during the trial, threw down his notebook and grabbed his weapon as the man tried to get the barrel of the shotgun out the vehicle window, Gillespie said, recalling the officer’s testimony that this situation brought him the closest he had been in 28 years to having to shoot someone.

After a brief standoff between the officer and the man, the defendant put down the gun, Gillespie said, adding that the children had been in the yard at the time.

When the man let the weapon go and the officer placed handcuffs on him, the man turned back to his wife and said, “I don’t care how long I’m in jail. I’m going to get another gun and kill you,” Gillespie said. He included that wording in points he stressed this week to the jury.

Gillespie said he believes this defendant to be “violent and dangerous,” and was glad to see a lengthy prison sentence, adding that he feels the woman and the children will be in danger when he gets out of prison.

As the court proceedings wrapped up Thursday evening, 30th District Judge Bob Brotherton discussed Blevins’ representation for the appeal process, should that action take place, and he formally sentenced Blevins.

Blevins’ terms will run concurrently, and because a deadly weapon was involved in the situation, he must serve half the time before he would become eligible for parole. He has 315 days credited to his time for days he has been in custody.