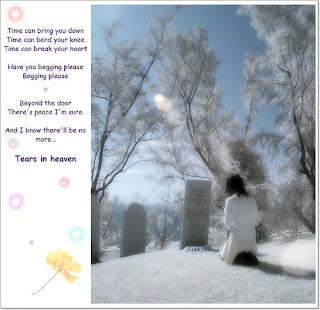 My heart goes out to the family.

Please everyone, be careful!

The 3-year-old son of a housekeeper drowned Thursday after his mother left him watching television while she worked at a house in far Southeast Bexar County, authorities said.

A Bexar County Sheriff's spokesman said deputies were called to the 8100 block of Hildebrandt Road at 10 a.m. Thursday after the boy's mother and her employer pulled the child out of a swimming pool. Deputy Ino Badillo said the women administered CPR until paramedics arrived and had the child airlifted to University Hospital, where he was pronounced dead at 11:02 a.m.

Badillo said the child's mother, 39-year-old Enayance Samargo, immediately searched the swimming pool after noticing he was missing, but didn't see him. He said the pool was not in use and had become murky from algae and other deposits, which could have prevented her from seeing him.

The deputy said the mother then checked other areas of the property before asking her employer to help search for her son. It was then, that the women went back to the pool and saw him floating in the water.

Badillo said the pool is located about 5 feet from the back of the house and was not fenced in because the homeowners don't have any children.

He said Samargo was a longtime housekeeper for the homeowners and was forced to take her son to work with her on Thursday.

“She was unable to find somebody to care of her son, so she took him to work with her,” Badillo said.