Bitner jurors do not read this!!!! 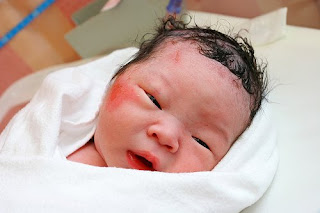 FYI that is NOT a picture from this matter.

I have seen the actual photos. Terrible.

She will be convicted IMHO.

A Comal County jury heard its first testimony Monday in the case of a New Braunfels woman accused of physically abusing her 6-week-old daughter.

Amanda Bittner, 20, has pleaded not guilty to five counts of felony injury to a child. Authorities allege she fractured the skull of her newborn, broke a bone in her leg and caused internal bleeding in the baby’s brain over a three-week period in 2007.

The mother faces five to 99 years in prison if convicted, according to the Comal County District Attorney’s Office.

Officers from the New Braunfels Police Department initially were called to what was then named McKenna Memorial Hospital on Jan. 31, 2007, to investigate possible abuse after Bittner had brought her 6-week-old to the hospital after the baby had suffered significant bruising and showed signs of head trauma.

Following the investigation, Bittner was charged and arrested. She has been out on bond since August 2008.

The child has been put into adoptive care and is doing better, said Assistant District Attorney Melissa Hines, although she said the baby will continue to be monitored by neurologists and specialists to make sure there are no long-term effects.

Monday gave the prosecution a chance to begin laying out its case, and Hines described Bittner to the jury as a “baby beater” who not only caused the injuries but failed to seek medical attention for her infant until it was absolutely necessary.

The jury also saw photos of the child’s injuries, heard testimony from police officers who investigated the case, as well as saw Bittner herself during a 30-minute video interview with NBPD Detective John Rios conducted shortly after the hospital visit.

During the interview, Bittner, a diabetic, said her blood sugar was low and that she was overcome by the pressure of meeting payments for rent and utilities and momentarily “lost it.”

She said she slapped the newborn twice and that much of the bruising was likely from her grasping the infant tightly or burping it too roughly. She added that she accidentally had hit the child’s head in a door jam — rather than dropped her in her crib — as she initially had reported to authorities.

She also said during the video interview that her husband, William Bittner, could not have been responsible for the child’s injuries.

Defense attorney Ed Jendrzey chose not to issue an opening statement, and Hines said she expected to have the jury hear several more days of testimony before rendering a verdict.

“We’re confident in our case and confident the jury will do the right thing,” Hines said.

The proceedings will continue today at 9 a.m. at the Comal County Courthouse in front of 207th District Court Judge Jack Robison.
Posted by Sam at 6:07 AM