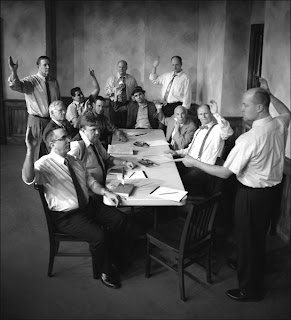 The jury is still out on this one.

The jury is still out in the murder trial of Robert Henry Smith Jr., a Canyon Lake man charged with killing his live-in girlfriend in July 2008.

Smith, 41, is accused of stabbing 53-year-old Nancy Shields to death at their home at 1235 Hedgestone Drive.

After hearing closing arguments Monday, a Comal County jury was unable to reach a decision after deliberating for more than six hours. The jury will reconvene this morning in the courtroom of 207th District Court Judge Jack Robinson to continue deliberations and possibly render a verdict.

“I hope they’re reviewing all the evidence and taking everything into account,” Comal County Criminal District Attorney Geoff Barr said. “It’s an effort that takes a lot of due diligence.”

The jury is weighing whether or not Smith was responsible for Shields’ death.

After receiving the initial 911 call, paramedics found Shields the night of July 11, 2008, having suffered multiple stab wounds and severe blood loss. She was immediately airlifted to Brooke Army Medical Center, where she died shortly thereafter.

Defense attorney Jon Esman told the jury Monday that Shields’ wounds were likely self-inflicted; that she had a “psychotic episode” stemming from a history of violence and mental instability.

Barr contended that all of the physical evidence pointed to Smith wielding the kitchen knife that killed Shields and that there was no evidence she was suicidal or psychotic.

A grand jury in November indicted and charged Smith with murder. He faces five to 99 years in prison if convicted.