Father of the Year! 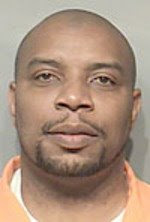 The poster child for condom use?

Thomas Frazier, father of 14 children, jailed for owing more than half-million in child support
by Bryn Mickle | The Flint Journal

FLINT, Michigan -- Fourteen children by 13 different women in Genesee County and more than $530,000 in unpaid child support. Even in a county with $700 million in uncollected child support, Thomas Frazier may hold the unenviable title of biggest deadbeat dad.

After years of dodging support payments, Frazier was thrown in jail this week and given the choice of doing 90 days or coming up with about $28,000.

"This guy gives fathers a bad name," said Genesee County Friend of the Court Jack Battles.
Before leaving the Flint area in 2002, Frazier amassed court cases for 14 children born since 1989 and has not paid any money on any of his Genesee County child support cases in at least the past six years, according to court records.

Frazier, 42, portrays himself as the victim.

The victim of a system that he says saddled him with debt for children he claims aren't all his and the victim of a poor upbringing that he said caused him to seek affection from older women.

"I tried to find someone who would love me for me," said Frazier, who believes he may have fathered his first child at age 15.

Authorities say Frazier is a serial womanizer who bounces from state to state and hasn't paid child support in years.

Frazier owes Talisha Tyler about $40,000 for a 14-year-old daughter. Tyler said he has never even bought so much as a diaper.

"Thomas has never been involved in her life -- period," said Tyler.

A Genesee County judge on Thursday ordered Frazier to spend 90 days in jail unless he comes up with $4,100 for Tyler.

Even if he comes up with that money, the judge ordered him to spend 90 days in jail on another case. On top of that, the judge gave him 45 days jail on six other cases.

In all, Frazier is looking at three months in jail unless he comes up with at least $27,900.

Tyler would just as soon see him go to prison for much longer.

Frazier doesn't dispute that he owes a sizable amount, but said it was unrealistic for the county to expect him to pay so much support.

He said he believes in his hear that only three of the children -- two daughters and a son -- are actually his.

The rest, he says, were born of women he may have slept with but who lied and claimed he was the father, giving the court false addresses for Frazier so that he could never show up to contest paternity.

Local officials, however, say Frazier has a story for everything.

In October, Friend of the Court officials said Frazier gave them a false Social Security number and tried to convince investigators he was someone else.

He remained under the radar until late last month when he got pulled over in Iowa for a broken taillight on his Mercedes Benz.

In his pocket, police found $5,000 in cash and plane tickets to Florida.

Frazier said he is unemployed and local officials said they do not know what he does for a living.

Frazier said he was actually on his way back to Flint and planned to use the $5,000 as a good faith payment on his child support.

The cop tossed him in jail on child support warrants and then had him delivered Wednesday to the Genesee County Jail.

Frazier says he "messed up" and wants to take care of his mistakes, but hopes the Friend of the Court will knock down his bill to a more manageable $200,000 and set him free.

"There's not a lot I can do in jail," Frazier said.

Frazier's plan for freedom won't get a lot of support from the Friend of the Court.

"We will seek prison," said Battles, who says he's heard a litany of excuses from Frazier.

Battles said he's willing to work with Frazier but said it's going to take a lot more than $5,000.

His current jail term aside, Frazier is also looking at further legal woes for his probation violation cases.

Genesee County Prosecutor David Leyton is not in a forgiving mood, noting that Frazier was rolling around in Mercedes Benz with thousands of dollars and plane tickets at the same time he wasn't paying his child support.

"Shame on him for abandoning his children while he lives 'The Life of Riley,'" said Leyton.

Frazier, who has already spent five years on probation for attempted non support of a child, does have one piece of advice for his children.