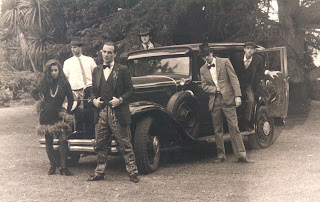 CHICAGO (STNG) ―Two men are dead and three others wounded after shootings within 15 minutes of each other citywide Friday afternoon.

One teen, who was shot in the neck, went to Advocate Christ Medical Center in Oak Lawn and was pronounced dead at the hospital at 4:05 p.m., according to the Cook County Medical Examiner's office, who said the teen remained unidentified at 8:30 p.m.

The other was taken to John H. Stroger Jr. Hospital of Cook County was listed in serious condition at Stroger Hospital as of 7 p.m., according to police.

Police are also investigating another fatal shooting, that happened about 3:05 p.m. on the West Side.

Artes Anderson, 30, of 3305 W, Madison St., was shot multiple times at his home and taken to John H. Stroger Jr. Hospital of Cook County where he was pronounced dead at 3:43 p.m., a spokesman for the medical examiner's office said.

At 3:16 p.m., two teens were shot in the 200 block of North Karlov Avenue, Fire Media Affairs Cmdr. Will Knight said. Both went to Advocate Christ Medical Center in Oak Lawn in unidentified conditions.

Further details surrounding the shootings were not available.