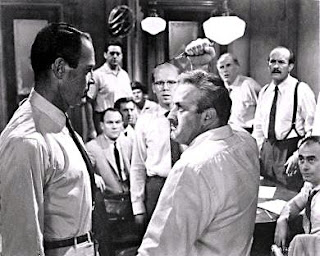 The 41-year-old Smith is accused of stabbing 53-year-old Nancy Shields, his live-in girlfriend, at their Canyon Lake home at 1235 Hedgestone Drive.

After considering the evidence for more than 20 hours, the deadlocked jury Wednesday asked 207th District Court Judge Jack Robinson if Smith could be convicted on a lesser charge.

Robinson said he would not allow any charge other than murder.

The reasoning for the question could not be interpreted by Barr nor defense attorney John Esman. Both said it could mean a number of things.

Robinson later read jurors an Allen — or “Dynamite” — Charge to motivate them to work harder toward reaching a verdict.

The charge is a judge’s admonishment to a deadlocked jury to go back to the jury room and work harder at reaching a verdict.

“Do not hesitate to re-examine your own views,” Robinson told the jurors.

He told the four women and eight men of the jury that if the case has to be tried again, another jury won’t necessarily do a better job or be smarter or more qualified than them.

The jury is weighing whether or not Smith was responsible for Shields’ death.

After receiving the initial 911 call, paramedics found Shields the night of July 11, 2008, with multiple stab wounds and severe blood loss. She immediately was airlifted to Brooke Army Medical Center, where she died shortly thereafter.

A grand jury in November indicted and charged Smith with murder. He faces five to 99 years or life in prison if convicted.

According to testimony heard during the trial, police visited Smith’s address on numerous occasions prior to July 11, 2008. Jurors heard 911 calls from neighbors, and Smith and witnesses stated Smith had been a victim of domestic violence on many occasions.

Smith did not take the stand during the trial.

The jury is expected to reconvene today at 9 a.m.
Posted by Sam at 6:41 AM