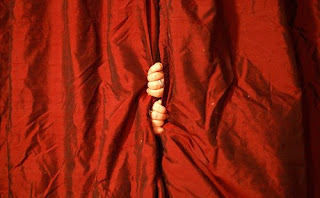 This is pretty unbelievable.

Good work US attorney's office in manhattan in sorting this all out.

Anyone still think Iran is not trying to build nuclear weapons?

April 7 (Bloomberg) -- A Chinese company that supplies banned weapons to Iran and its manager were charged with concealing the company’s identity from U.S. banks, Manhattan District Attorney Robert Morgenthau said.

LIMMT was sanctioned in 2006 by the U.S. Department of the Treasury’s Office of Foreign Assets Control for providing material support for Iran’s missile program. However, between November 2006 and September 2008, Morgenthau said, LIMMT sent and received dozens of illegal payments through U.S. banks by using aliases and shell companies. He said that because LIMMT was prohibited from dealing with U.S. banks, transfers in its name would have been banned.

“What we’re trying to do is make every effort to prosecute a company that is perhaps the largest supplier of weapons of mass destruction to Iran,” Morgenthau said at a press conference. “We want to have transparency in these dealings so that everybody understands what the Iranians are up to.”

The U.S. banks are not charged with wrongdoing. “Our banks have high standards and sophisticated systems to stop these transactions, but this conduct was specifically designed to defeat their systems,” Morgenthau said.

Adam Kaufman, bureau chief of the Manhattan District Attorney’s investigation division, said the office uncovered some evidence some Iranian payments were in U.S. dollars and may have been transacted through U.S. banks. He said prosecutors weren’t able to trace specific transactions tied to Iran.

The transactions they found by the company using U.S. banks were in selling standard metallurgical products around the world, Kaufman said. LIMMT is banned from all access to the U.S. financial system, he said.

Morgenthau said he was still looking at Chinese banks and a number of other foreign banks for their roles. He did not name those banks.

LIMMT has two main businesses, according to Morgenthau. One is selling standard metallurgical products around the world. The other is selling high-strength metals and sophisticated military materials, many of which are banned from being sent to Iran under international agreements.

In the three years since LIMMT was sanctioned, it used aliases to send banned missile, nuclear and other “dual use” materials to subsidiaries of the Iranian Defense Industries Organization, Morgenthau said. The organizations Iran set up to get and produce weapons included Amin Industrial Group, Khorasan Metallurgy Industries, Shahid Sayyade Shirazi Industries and Yazd Metallurgy Industries.

In a coordinated action today, the U.S. Department of the Treasury designated Li and six Iranian entities for their connection to Iran’s missile proliferation network, the Department said in a statement.

Federal authorities also identified eight aliases of LIMMT to circumvent sanctions. As a result of the actions, assets of the entities within U.S. jurisdiction must be frozen, the statement said.

The U.S. was acting “to prevent these entities from abusing the financial system to pursue centrifuge and missile technology for Iran,” Under Secretary for Terrorism and Financial Intelligence Stuart Levey said in a statement today.

Among the materials shipped from LIMMT to the Iranian Defense Industries Organization were 15,000 kilograms of an aluminum alloy used almost exclusively to make long range missiles; more than 30,000 kilograms of tungsten-copper plates, and 1,700 kilograms of graphite cylinders used for banned electrical discharge machines, according to prosecutors.

Li is in China and Morgenthau said his office was trying to extradite him. The indictment charges Li, along with LIMMT and nine other company names, with 117 counts of falsifying business records, each a felony punishable by up to four years behind bars, and one count of misdemeanor conspiracy. The indictment cites seven aliases for Li.

“Please kindly be informed that our company has NOT had any change except company’s English name and fax number, email,” Li told a Swedish customer on Jan. 30, 2007, according to the indictment. “Our company’s Chinese name has not changed and we are still working in same place, same office.”

In January, Morgenthau announced a $350 million settlement with Lloyds TSB Bank Plc, which allowed Iran and other sanctioned countries illegal access to the U.S. financial system. The settlement was made with both New York and federal authorities. The LIMMT probe grew out of the investigation into Lloyds and other banks, Morgenthau said.

Prosecutors in January said they found evidence of Iranian interests trying to buy tungsten and other materials used in the guidance systems of long-range missiles. Lloyds wasn’t the bank involved in those attempts, prosecutors said.

At the time, Morgenthau said nine major foreign banks besides Lloyds were under investigation for using the same technique to disguise illegal money transfers. Credit Suisse Group AG and Barclays Plc have said they’re cooperating in the probe.

U.S. banks have software filters that look for entities barred from doing business in the country, prosecutors said. Lloyds stripped out identifying features on the wires so the filters wouldn’t catch them. Credit Suisse and Barclays say they are among the banks that have been probed for their handling of money subject to sanctions.

In its New York agreement, Lloyds admitted that from 2001 to 2004 it allowed Iranian banks and their customers to move more than $300 million by stripping information. The Iranian banks included Bank Melli, Bank Saderat and Sepah Bank, according to a statement by Morgenthau.

U.S. laws bar the transfer of funds from Iran and other sanctioned countries without authorization by the U.S. Treasury Department.