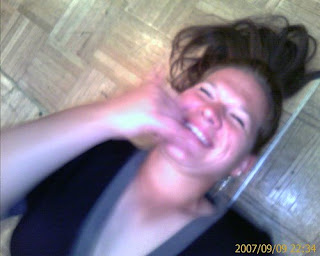 A young woman's hoax call about an armed robbery designed to distract police so she could drive home after drinking backfired on her.

A young couple who had been out drinking around 1am this morning thought they could outsmart police with a hoax call after they were told not to drive home, North Shore area commander inspector Les Paterson says.

After telling police they would walk to a nearby taxi stand, they instead they called 111 and reported a bogus incident of masked men with guns on the forecourt of a service station about 500 metres away.

"They had the brief pleasure of watching a bunch of police cars whiz past, they then jumped in their car intending to drive off in the opposite direction but a police officer took a detour on a 'hunch' and located them."

The pair denied making the call so the police communications centre redialled the number that had rung 111 and to the young woman's embarrassment the phone she was holding started ringing.

She then admitted her actions, Mr Paterson says.

A 22 year old east Auckland woman was arrested for making a false complaint and attempting to drive with excess breath alcohol and will appear in the North Shore District Court next week.