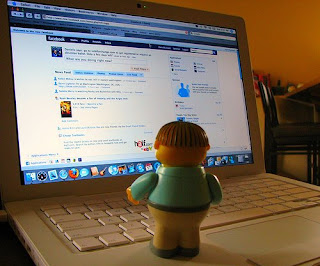 Boy I bet the parents were really proud.

Fifteen people were arrested Sunday morning after authorities invited themselves to what was advertised on the Internet as a "History Making House Party" in Sarpy County.

The posting on Facebook said the party was to start at 9 p.m. Saturday and run until 5 a.m. Sunday. The invitation advertised a disc jockey, professional photographer, shuttle service from the Shadow Lake Towne Center, six kegs of beer and bottles of liquor.

The host even posted this postscript: "P.S., don't worry about the cops because I have a police scanner so I will have the heads up if they come."

“Everybody is watching it, this did not come from us searching for a party," said Sarpy County Sheriff's Lt. Russ Zeeb.

Sarpy County deputies, along with Papillion, La Vista and Bellevue police officers were made aware of the event and sent an undercover officer and two minors into the house near 58th Street and Cedardale Road outside of Bellevue.

The officer confirmed some of the people drinking inside the home were underage and police served a search warrant. Anywhere from 300 to 600 were expected to attend, but 30 minutes after it started, the Sarpy County Sheriff's Department arrived and shut the party down.

The raid led to the arrest of nine minors in possession of alcohol and six people on charges of procuring alcohol to minors, including the hosts of the party, 22-year-old Christopher Phalen and 19-year-old Cassandra Phalen.

When deputies arrived they found a large tent outside. Inside the hosts had done their best to hide any evidence of a party from mom and dad as furniture was moved into another room, paintings were pulled off the wall and the carpets covered. Five kegs of beer were confiscated.

"That goes back to the point that parents need to be taking care of when they're gone, just not thinking that the kids are going to be home alone and that everything's going to fine," said Lt. Zeeb.

He said this was another example of the prolific nature of social networking sites like Facebook. "It's like anything else, it can be used for legitimate purposes or illegal activities."

At the time of these arrests, officers were called to investigate a reported fight/disturbance near 140th and Harrison streets where they found another large party where minors were drinking.

Numerous arrests were made at that party as well as one arrest for procuring alcohol for a minor. In both cases, the parents were out of town.

The sheriff's departmment says even if parents/adults are not there, they could still be held responsible in civil court if there's an incident.