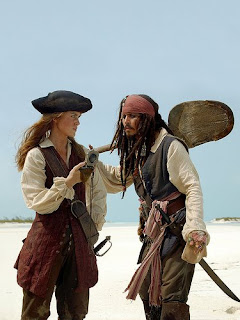 The Kenya-based diplomat identified the vessel as the 17,000-ton Maersk Alabama and said all the crew members are American. The diplomat spoke on condition of anonymity because he was not authorized to speak to the media.

The U.S. Navy confirmed that a U.S. flagged ship with 21 members of crew was hijacked early Wednesday off the eastern coast of Somalia.

Spokesman Lt. Nathan Christensen said the attacked happened in the early hours of the morning hours, about 280 miles (450 kilometers) northeast of Eyl, a town in the northern Puntland region of Somalia.

Christensen said there were U.S. citizens aboard the ship, but he did not say how many. He declined to release the name of the ship until the family members of the crew are notified.

He said the ship was operated by the Danish company Maersk, which deals with the U.S. Department of Defense. Christensen said the vessel was not working under a Pentagon contract when hijacked.

Maersk Kenya Managing Director Rolf Nielsen said the company was still verifying reports of the hijacking. An U.S. embassy spokeswoman was not immediately able to confirm the incident.

Andrew Mwangura of the East African Seafarers' Assistance Program said the ship was taken about 400 miles (640 kilometers) from the Somali capital, Mogadishu.

The vessel is the sixth to be seized within a week and the first with an all-American crew.