Peek a boo, where are you? 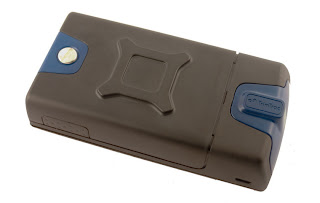 I'd come down on obtaining a warrant before doing this myself.

I'd consider it obtrusive.

Washington, DC- People v. Weaver, which will consider whether a police officer, in his own discretion, may undertake Global Positioning Satellite (GPS) surveillance of individuals without any judicial oversight, is scheduled for oral argument in New York’s highest court on Tuesday, March 24, at 2:00 p.m. A lower court ruled that police have no obligation to obtain permission of a judge prior to undertaking such monitoring. Members of the public have no way of knowing if their movements are subject to electronic surveillance from which there is no legal protection.

The case has profound implications for the privacy rights of individuals and organizations. Led by the National Association of Criminal Defense Lawyers, a diverse civil liberties alliance filed an amicus curiae, or “friend of the court,” brief arguing such unfettered surveillance is unconstitutional and ill-advised as a matter of public policy. The ad hoc alliance includes the New York State Association of Criminal Defense Lawyers, the New York State Defenders Association, the Electronic Frontier Foundation (EFF), the American-Arab Anti-Discrimination Committee (ADC), the Sikh American Legal Defense and Education Fund, the Council on American-Islamic Relations (CAIR), and the Union for Reform Judaism. The joint brief urges the court to condition GPS monitoring upon judicial issuance of a warrant.

“By its nature, GPS is a valuable tool because it permits long-term, sustained surveillance. But its potential for abuse is staggering. To allow this kind of personal data collection without judicial oversight is an Orwellian nightmare. The minimal time required to obtain a warrant based on probable cause restores balance and cannot credibly be said to impede legitimate law enforcement objectives,” Walsh, lead counsel for the group, said in a statement.

Reimer, executive director of the lawyers’ group, explained the group members’ mutual interest in scrutinizing this nearly-omniscient form of surveillance. “Permitting unlimited, around-the-clock, uninterrupted 24/7 monitoring of an individual’s whereabouts is as much a First Amendment issue as it is a Fourth Amendment issue.” He points out that “the government can learn where a person worships, what clubs they attend, what political parties they participate in, where they sleep, and other personal and private information completely irrelevant to legitimate law enforcement needs.”

The brief is available on NACDL’s Web site at: http://www.nacdl.org/public.nsf/mediasources/GPSAmicusBrief/$FILE/gps.pdf
Posted by Sam at 7:06 AM