What she did makes me sick 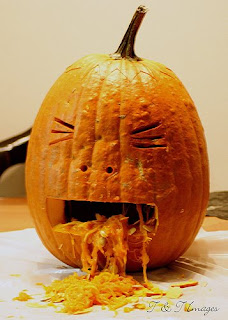 She looked fine the times I passed her in the hallway.

A ploy for sympathy?

Who knows? I won't speculate.

The jury was sent home Wednesday after a defendant on trial this week for allegedly abusing her newborn was sent to the hospital.

Amanda Bittner, 20, is facing five to 99 years in prison for five counts of felony injury to a child. She is charged with causing extensive injuries to her 6-week-old daughter in January of 2007, including multiple skull fractures and bleeding in the child’s brain.

Robison warned Jendrzey that court could continue without her if necessary.

“She spent all morning running in and out of the court room saying she’s ill. If she is pretending, she’s not going to benefit.” he said. “... We can’t make this jury wait indefinitely.”

Robison sent the jury of nine women and three men home Wednesday afternoon, asking them not to speculate on the reasoning.

He said a jury charge will be read today around 9 a.m. and closing arguments are expected to follow.

Robison asked both attorneys to be present at 8 a.m. today to discuss what will happen if Bittner is still ill.

Bittner originally took the child to the hospital on Jan. 31, 2007, with extensive bruising and signs of head trauma. After an investigation into possible abuse by the New Braunfels Police Department, Bittner was charged and arrested. She has been out on bond since August of 2008.

The child has since been put in adoptive care and is doing better, Hines said on Monday.
Posted by Sam at 6:30 AM