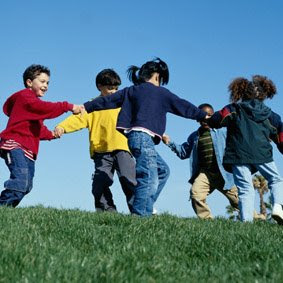 We need to keep rooting these folks out and put them in prison for very long times.

As part of an agreement with federal prosecutors, Raymond Gagnon, 41, on Thursday pleaded guilty to transporting child pornography.

His former landlord, Kevin Grosenheider, pleaded guilty to misprision of a felony, meaning not reporting or helping cover up crimes, related to Gagnon.

As part of the plea agreement with Gagnon, authorities dropped charges of producing and possessing child pornography. He still faces those charges in Alabama, where he lived before moving to San Antonio in 2007 to work with Grosenheider for Avanzar Interior Technologies, a Toyota Tundra plant contractor.

Grosenheider, 58, faces a maximum of three years in prison. According to court records, Grosenheider last July disposed of Gagnon's safe that contained child pornography images before FBI agents arrived at their home.

The FBI began investigating Gagnon last summer after his former stepdaughter, Brooke Bennett, 12, was abducted and found dead in Vermont.

The case sparked national attention after authorities said she was to be inducted into a child sex ring by her uncle, Michael Jacques, on June 24, the day she disappeared.

Jacques was charged with her abduction and possession of child pornography.

An underage girl who said she had sex with both Gagnon and Jacques last year told authorities Jacques planned to initiate Bennett into a sex ring called Brackenridge, according to court documents.

Court records said Gagnon flew to Vermont around the time of Bennett's disappearance.

After the FBI began questioning Gagnon, he called Grosenheider on June 30 from Vermont and told Grosenheider to throw away a safe because it contained evidence that implicated Gagnon and someone else in the sexual assault of a girl, according to records.