Driving off into the sunset 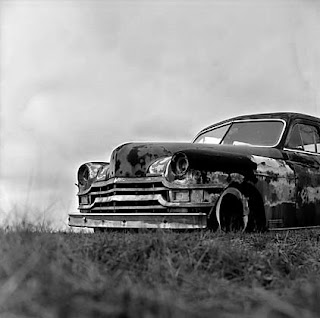 I guess I'm not smart enough to figure out why the lenders would break off the talks.

I can understand their frustrations but how does putting Chrysler into an all but certain bankruptcy going to help them?

WASHINGTON (AP) -- Chrysler will file for bankruptcy after talks with a small group of creditors crumbled just a day before a government deadline for the automaker to come up with a restructuring plan, two administration officials said Thursday.

The Obama administration had long hoped to stave off bankruptcy for Chrysler LLC, but it became clear that a holdout group wouldn't budge on proposals to reduce Chrysler's $6.9 billion in secured debt, according to the officials, who spoke on condition of anonymity because the filing plans are not public. Clearing those debts was a needed step for Chrysler restructure by the Thursday night deadline.

Bankruptcy doesn't mean the nation's third largest automaker will shut down. And the privately-held Chrysler is expected to sign a partnership agreement with the Italian company Fiat as early as Thursday as part of its restructuring plan. A Chapter 11 bankruptcy filing would allow a judge to decide how much the company's creditors would get.

The Treasury Department's auto task force has been racing in the past week to clear the major hurdles that prevented Chrysler from coming up with a viable plan to survive the economic crisis ravaging nation's automakers.

Along with the Fiat deal, the United Auto Workers ratified a cost-cutting pact Wednesday night. Treasury reached a deal earlier this week with four banks that hold the majority of Chrsyler's debt in return for $2 billion in cash.

But the administration said about 40 hedge funds that hold roughly 30 percent of that debt also needed to sign on for the deal to go through. Those creditors said the proposal was unfair and were holding out for a better deal.

"While the administration was willing to give the holdout creditors a final opportunity to do the right thing, the agreement of all other key stakeholders ensured that no hedge fund could have a veto over Chrysler's future success," said one of the administration officials.

A third person briefed on Wednesday night's events said the Treasury Department and the four banks tried to persuade the hedge funds to take a sweetened deal of $2.25 billion in cash. But in the end, this person said most thought they could recover more if Chrysler went into bankruptcy and some of its assets were sold to satisfy creditors. This person asked not to be identified because details of the negotiations have not been made public.

When it files for bankruptcy, Chrysler would continue operating and Fiat would still sign on as a partner on Thursday, the people said. The government already has promised to back Chrysler's warranties in an effort to allay customers' fears that the automaker wouldn't be around to honor them.

President Barack Obama's auto task force in March rejected Chrysler's restructuring plan and gave it 30 days to make another effort, including a tie-up with Fiat. The company has borrowed $4 billion from the federal government and needs billions more to keep operating. President Obama said Wednesday night while the lender talks were still ongoing that he was "very hopeful" that deals can be worked out to keep Chrysler LLC a viable automaker, and more hopeful than he was a month ago that the company will stay in business.

The UAW agreement, which would take effect May 4, meets Treasury requirements for continued loans to Chrysler Corp., and includes commitments from Fiat to manufacture a new small car in one of Chrysler's U.S. facilities and to share key technology with Chrysler.

Meanwhile, the Fiat partnership means Chrysler CEO Robert Nardelli could be out of a job. In an April e-mail to employees, he said that if the deal is completed, Chrysler would be run by a new board appointed by the government and Fiat. The new board, Nardelli wrote, would pick a CEO "with Fiat's concurrence."

Sergio Marchionne, CEO of the Italian automaker, told reporters earlier this month that he could run Chrysler. Obama said Wednesday that Fiat's management "has actually done a good job transforming their industry."