There you go, keep the change 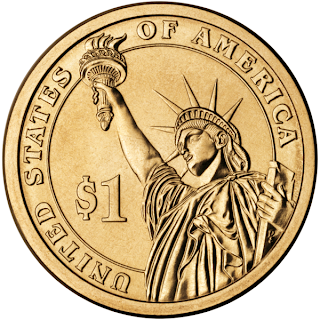 Hmmm. Okay, the jury has spoken.

He was wrongfully fired and all of that was worth $1.

DENVER, Colorado (CNN) -- A jury Thursday found that former college professor Ward Churchill, who referred to victims of the September 11, 2001, attacks as "little Eichmanns" in an essay, was wrongfully terminated by the University of Colorado, according to a court official.

Ward Churchill was dismissed as a professor at the University of Colorado at Boulder in 2007.

But the jury, which deliberated for a day and a half after a trial that began March 9, awarded Churchill only $1, the minimum they could award while still finding in Churchill's favor, according to Robert McCallum, pubic information officer for Colorado's 2nd Judicial District Court.

While an ethnic studies professor at the University of Colorado at Boulder, Churchill came under national scrutiny for a 2002 essay entitled, "Some People Push Back: On the Justice of Roosting Chickens," which criticized U.S. foreign policy.

In a reference to Nazi leader Adolf Eichmann, the Gestapo officer who was one of the chief architects of the Holocaust, Churchill referred to victims of the World Trade Center attacks "little Eichmanns." Churchill argued the victims were "a technocratic corps at the very heart of America's global financial empire."

Churchill's essay drew little notice until an 1,800-student college in upstate New York invited him to take part in a 2005 forum on prisons and Native American rights.

The invitation was rescinded after criticism from then-New York Gov. George Pataki, then-Colorado Gov. Bill Owens and hundreds of relatives of those killed in the attacks created a media firestorm. Churchill was fired in 2007.

Churchill argued during the trial that he was fired from his tenured position for expressing politically unpopular, but constitutionally protected, views.

The university argued in the trial that he was not fired for his political views but rather for sloppy academic work. During the trial, the university presented several examples of what university officials claimed were cases of plagiarism in his research.

District Court Chief Judge Larry J. Naves has given both sides 30 days to present motions before he rules on whether Churchill will get his job back or will receive back pay.

University of Colorado at Boulder Interim Chancellor Philip P. DiStefano released this statement on the university's Web site, saying: "While I am disappointed by the jury's decision, I am still confident that the process we used to review allegations of research misconduct was appropriately applied in this case. The university attorneys will evaluate the next steps in the legal process. It is too early to comment on how the judge's final decision might impact the campus, as that decision has not yet been rendered."

Calls to the office and cell phone of Churchill's attorney were not immediately returned.
Posted by Sam at 4:46 AM