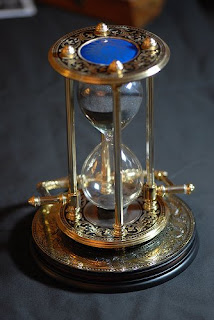 Well, we will see Monday afternoon.

A jury Thursday heard the other side in the ongoing story of a blood trail spilled on the kitchen floor of a Canyon Lake woman’s house.

Louis Akin, a certified criminal defense investigator out of Austin, gave his testimony Thursday on the blood spatter at the couple’s home at 1235 Hedgestone in Canyon Lake.

He said the blood trail told a tale of what happened.

He pointed out the blood trail led a straight line from the kitchen to the bedroom of the mobile home. If a struggle would have occurred, Akin said a different blood pattern would be present.

From a medical examiner’s photography, Akin also pointed out a space on Shields’ hand that was reminiscent of a knife handle.

“All of the evidence is consistent with her stabbing herself,” he said. “That is not to say that other possibilities are completely ruled out.”

The jury adjourned at 2 p.m. Thursday. Comal County District Attorney Geoff Barr said closing arguments will be heard at 9 a.m. Monday morning. The jury will then offer their verdict.
Posted by Sam at 7:03 AM