We know who the Turkeys will be on Thanksgiving 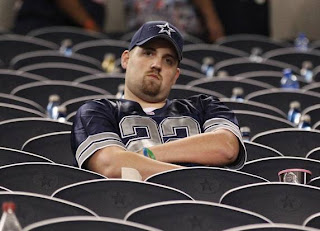 Look how shell-shocked this fan is.

At least Romo didn't throw 5 or 10 picks this week.

They might have pulled it off if Ryan's guys had played better in the second half.

Taking advantage of shoddy tackling and other costly mistakes by the Cowboys' defense, the Falcons improved to 8-0 with a hard-fought 19-13 win Sunday night at the Georgia Dome that put the visitor's playoff hopes on life support.