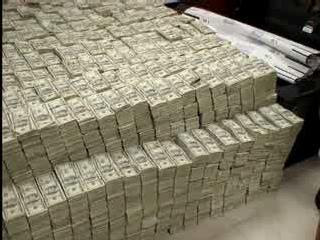 Man, that's a lot of money to seize.

A federal judge has set a hearing Nov. 19 to take up a request for a court order instructing the district attorney's office, the Texas attorney general's office and the U.S. Drug Enforcement Administration to return more than $4 million to a Mexican businessman.

The agencies seized the assets from Jose Villarreal Saldivar, after raiding his home in The Dominion while acting on suspicions that he's involved in money laundering.

Villarreal, a U.S. citizen who was adopted shortly after birth by Mexican parents, has not been charged with a crime, and denies the allegations.