We don't need hooliganism at our military academies 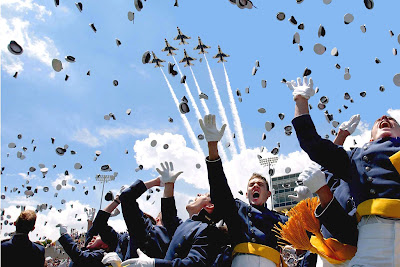 Really?  The freshmen are allowed to do this?

My daughter attends a military college, Norwich University, they would boot the Rooks and the Upper Classmen out if they engaged in this kind of behavior.

Perhaps there are reasons for the reprehensible recent sex scandals at the Lackland  AFB training facilities.

DENVER (AP) — The Air Force Academy said 27 cadets were injured in a brawl during an unofficial ritual marking the first snowfall of the season.

Six cadets were taken to an off-campus hospital after the Oct. 25 ruckus and have been released, the academy said Wednesday. The others were treated at a cadet clinic.

The injuries included concussions, cuts and a human bite, and some cadets required stitches, Brig. Gen. Dana Born wrote in an internal email that was provided to The Associated Press and other media outlets. Academy officials confirmed the email is authentic.