Not just a bunch of swell guys 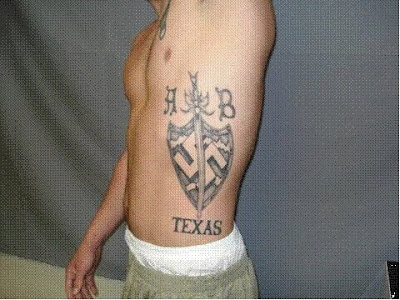 Its been a long time coming.

Federal agents are arresting dozens of Texas members of the white supremacist Aryan Brotherhood gang — including four in San Antonio — on federal racketeering charges in crimes including murder, kidnapping, arson, gambling and trafficking in methamphetamine and cocaine.

In all, 34 members of the Aryan Brotherhood of Texas are named in a lengthy federal indictment unsealed Friday by Justice Department prosecutors in Houston, described as an effort to deal a major blow against a racist gang known for its violence.

“Today's takedown represents a devastating blow to the leadership of ABT,” Lanny Breuer, assistant attorney general, said at a news conference announcing the arrests.