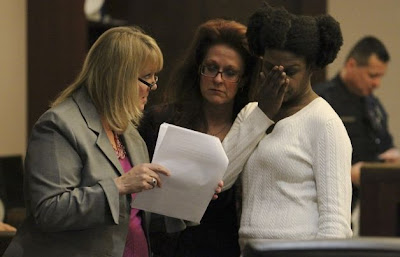 Well Sharon and Suzanne, you tried your best but Justice won out.


Two years after jurors became hopelessly deadlocked regarding whether Tracy Devon Brown was deserving of the minimum or maximum sentence for murder, a new panel was more decisive Friday.

Brown, who admitted to blasting a hole through her ex-husband's front door with a shotgun and shooting him in the back, was sentenced to 40 years in prison after less than three hours of deliberations.