The light at the end of his tunnel was a train 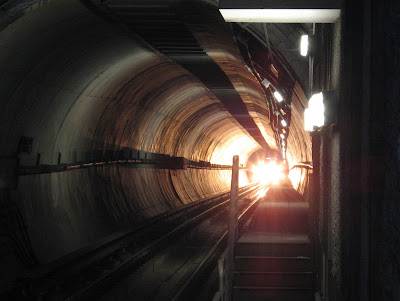 A pretty grim and brutal, but effective way to commit suicide.

A man was struck and killed by a freight train early Saturday in an apparent suicide on the East Side.

The Union Pacific train's crew told police that the unidentified man was standing on the track as the train approached about 1:30 a.m.

Police said the crew sounded the horn, but instead of getting out of the way the man laid his head on the track.

The crew couldn't stop in time, and the man was pronounced dead at the scene.