I don't think this'll be a game changer for him 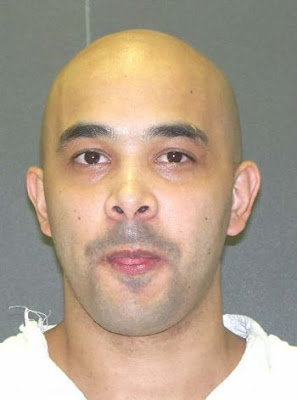 Just more stalling tactics by the defense in this matter.

He pled guilty and then testified he wanted to be executed?

I guess he's changed his mind.

Death row inmate Joe Michael Luna, whose 2006 murder trial was cut short when he opted to plead guilty and then testified that he wanted to be executed, returned to a Bexar County courtroom Friday to ask for a new punishment hearing.

Former 379th state District Judge Bert Richardson, who oversaw the trial and now is a visiting judge, also returned to entertain the request. He's expected to send a recommendation to the Texas Court of

Criminal Appeals in December or January after both sides file additional briefs.
Luna, 33, was arrested in 2005 in the slaying of neighbor Michael Paul Andrade, 21, while burglarizing the St. Mary's University student's Potranco Road apartment.