A different kind of Turkey Trot? 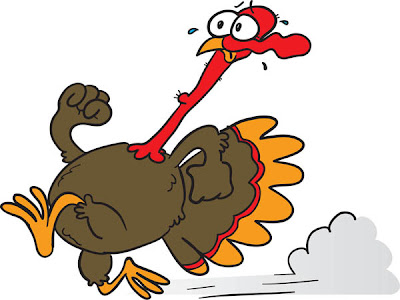 What the hell was he thinking?

A man was killed early Thursday while running across Loop 1604, after he was turned away from a North Side bar, police said.

Witnesses told police that the man, 31, was denied entry to the Ivy Rooftop Bar at Loop 1604 near Lockhill Selma Road just after midnight. The man became upset and ran toward the highway, where he was struck by three vehicles.

The drivers involved, some who were visibly shaken, stopped to render aid, police said. Officials said no charges are likely to be filed.