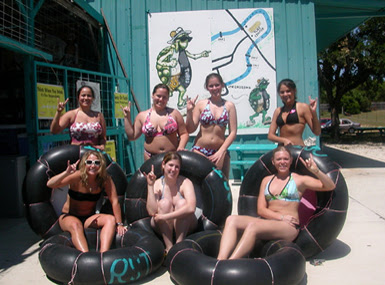 NEW BRAUNFELS — The Supreme Court of Texas has decided not to hear the City of New Braunfels’ appeal of a lower court’s ruling on a 2007 lawsuit over the city’s river management fee, or “tube tax.”

Austin attorney Jim Ewbank — who represents river outfitters Rockin’ R River Rides, Texas Tubes and Corner Tubes, who filed the suit — said the case now goes back to Comal County courts to determine how much in collected fees the city will have to reimburse to the outfitters.

Tubing outfitters collect the $1.25 tube tax from customers and then remit those fees to the city, which uses them to offset the cost of policing and cleaning the rivers.

Ewbank said the Supreme Court, in denying on Friday the city’s petition seeking review of the case, effectively upheld a lower court’s decision “that the river management fee was invalid and ... that the three outfitters were entitled to two years of fees plus attorney’s fees.”