Ask not for whom the bell tolls; it tolls for thee 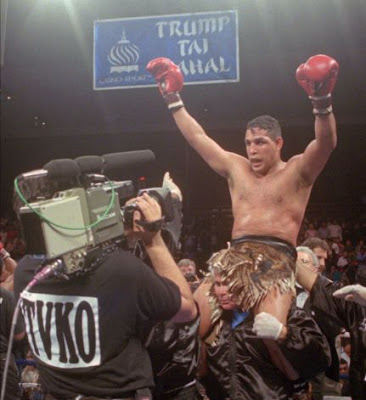 The Champ is down for the count and the final bell has rung.

SAN JUAN, Puerto Rico (AP) — Hector "Macho" Camacho was a brash fighter with a mean jab and an aggressive style, launching himself furiously against some of the biggest names in boxing. And his bad-boy persona was not entirely an act, with a history of legal scrapes that began in his teens and continued throughout his life.

Camacho died Saturday in the Puerto Rican town where he was born, a little more than three days after at least one gunman crept up to the car in a darkened parking lot and opened fire on the boxer and a friend.

No arrests and have been made, and authorities have not revealed many details beyond the facts that police found cocaine in the car and that the boxer and his friend, who was killed at the scene, had no idea the attack was coming. "Apparently, this was a surprise," said Alex Diaz, a police spokesman.