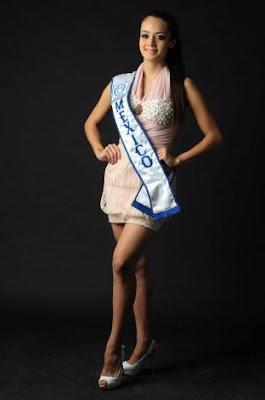 Apparent consequences of associating and running with drug cartel members.

Rest in Peace Maria , its a true shame you died so young.

CULIACAN, Mexico (AP) — A 20-year-old state beauty queen died in a gun battle between soldiers and the alleged gang of drug traffickers she was traveling with in a scene befitting the hit movie "Miss Bala," or "Miss Bullet," about Mexico's not uncommon ties between narcos and beautiful pageant contestants.

The body of Maria Susana Flores Gamez was found Saturday lying near an assault rifle on a rural road in a mountainous area of the drug-plagued state of Sinaloa, the chief state prosecutor said Monday. It was unclear if she had used the weapon.

"She was with the gang of criminals, but we cannot say whether she participated in the shootout," state prosecutor Marco Antonio Higuera said. "That's what we're going to have to investigate."