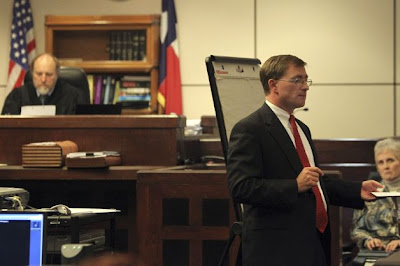 I knew Chip and I wouldn't have expected this at all.

I do not know what demons he was wrestling with; neither do you.

May God watch over his family and give them solace in this time of need.

A prosecutor for the Bexar County District Attorney's office known for his work on DWI cases committed suicide at his far North Side home Monday morning, according to San Antonio police.

According to an SAPD incident report, officers were called to the home first at 10:30 a.m. for a 911 hang-up call. Shortly afterward, Rich's pastor called police and asked them to check on Rich, who had threatened suicide in a text message to the pastor.