Balancing the scales of justice? 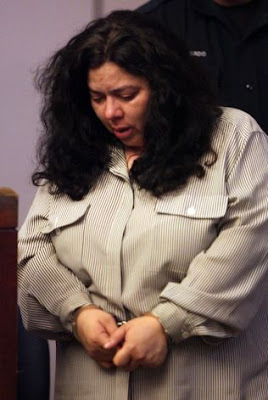 Do you think she should get probation?

What if the teacher was a man and the student was a 12-year-old girl?

A longtime elementary school teacher whose repeated sexual encounters with a 12-year-old student came to light following a high-speed chase in which she let the boy drive her SUV was sentenced Tuesday to 10 years in prison.

Lucinda Rodriguez Caldwell, 41, choked back sobs as she was placed in handcuffs after asking state District Judge Lori Valenzuela for probation.

Although the judge denied the request, she did retain jurisdiction of the case, leaving open the possibility that Caldwell could be released from prison on shock probation sometime in the next six months.