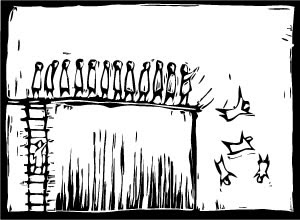 I just wish our representatives and senators in Congress and the President can reach an agreement to prevent this from happening.

Quit the brinkmanship bullshit and work together to alleviate the threat to our economy.


Most in US won't be able to escape 'fiscal cliff'
By Christoper S. Rugaber

WASHINGTON (AP) — Everyone who pays income tax — and some who don't —will feel it.

So will doctors who accept Medicare, people who get unemployment aid, defense contractors, air traffic controllers, national park rangers and companies that do research and development.

The package of tax increases and spending cuts known as the "fiscal cliff" takes effect in January unless Congress passes a budget deal by then. The economy would be hit so hard that it would likely sink into recession in the first half of 2013, economists say.