The wheel turns in a circle 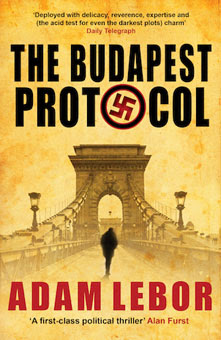 By Kester Eddy in Budapest

A call by a far-right Hungarian MP for a list to be drawn up of Jewish politicians and government members who pose a “threat to national security” has caused outrage among both Hungary’s estimated 80,000-strong Jewish community and liberal politicians.

Marton Gyongyosi, a leading MP of Jobbik, Hungary’s radical rightwing party, called for the list in the Budapest parliament on Monday, saying that it was justified by the increased tensions following the latest conflict between Gaza and Israel.