Drunk drivers flip me out! 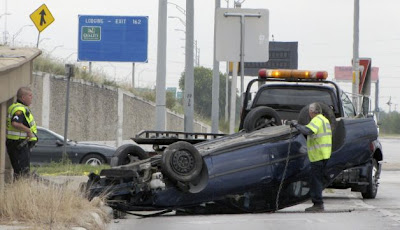 A wrong-way motorist who police suspected was driving drunk was blamed Friday morning for causing a three-vehicle collision that sent a car rolling off Interstate 35.

Minutes later, a crash was reported at Interstate 35 and Rittiman Road in the highway's southbound lanes.