Time to clean-out the house! 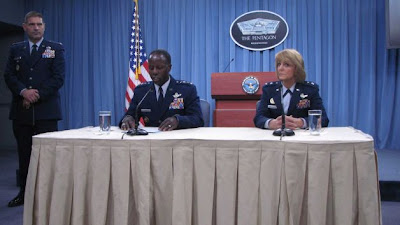 Having had one of my daughters graduating from Army Basic Training I have become increasingly concerned about the outrageous behavior of some of these goons at Lackland AFB.

A former Air Force recruit testified Thursday that her best friend in basic training was repeatedly called into their instructor's office and subjected to his sexual advances.

The airman, who graduated from basic training in July, testified at an evidentiary hearing against Staff Sgt. Donald Davis, whose case is the latest to emerge in the ongoing sex scandal at Joint Base San Antonio-Lackland.

The woman said her friend confided that Davis had been helping her prepare for a fitness test when he gave her an uncomfortably long hug, and then reached down and groped her buttocks.