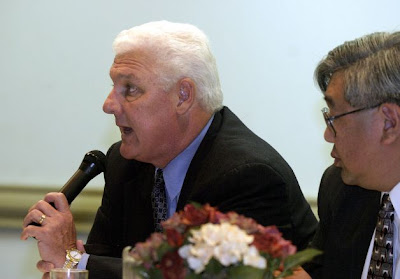 Being named the new head ofthe Texas Department of Family and Protective Services is quite an honor.

One that is well-deserved.


Senior district Judge John J. Specia Jr. on Tuesday was appointed commissioner of the Department of Family and Protective Services.

He replaces Howard Baldwin, who stepped down Thursday in the wake of a widening investigation in Abilene involving Child Protective Services employees who may have withheld information from law enforcement about the recent death of a child there.

Specia established the Bexar County Children's Court and the Family Drug Treatment Court, which has become a model for the state.