OMG!! Stupid is as stupid does 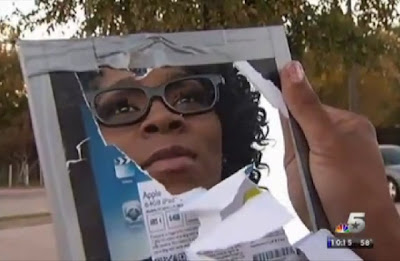 My first question to her would've been "So you think folks sell iPads at Gas Stations?"

You probably thought they were stolen but ignored that because it was too good a deal to pass up and now you're complaining to the police?


An Arlington woman says that a new iPad she thought she had bought at a great price turned out to be a fake.

Jalonta Freeman said she bought the item from a stranger who approached her at a gas station near Highway 360 and Green Oaks.

"He pulled up beside us, and he was like, 'Hey, I've got some iPads and stuff, and I've got some laptops if you all are interested in buying,'" she said Wednesday.