A New Sheriff is in town 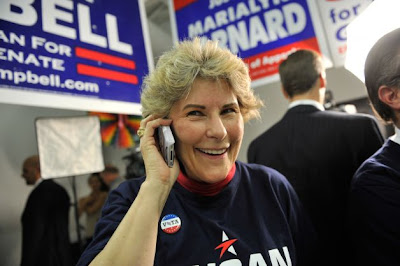 She'll be a good one too!

She made history election night as the first woman elected sheriff of Bexar County. Yet Susan Pamerleau, a former U.S. Air Force major general and political first-timer, does not seem impressed by the distinction.

“My name's Susan. I'm a woman. That's it,” Pamerleau said two days after her big win over incumbent Sheriff Amadeo Ortiz, a career law officer who was seeking his second term.

Instead, she hoped people would focus on her qualifications rather than her gender.