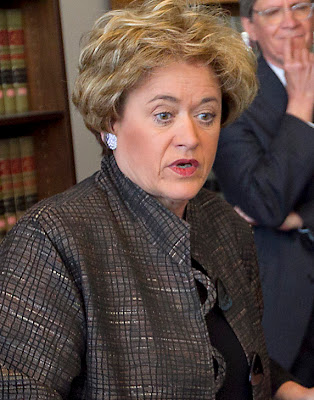 Don't do this ever!

Travis County District Attorney Rosemary Lehmberg, arrested and charged with drunken driving overnight, plans to remain in office and will not resign, according to a spokeswoman.

According to county records, Lehmberg, 63, was arrested by Travis County deputies in Northern Travis County near RM 2222 and FM 620 and booked into the county jail shortly after 2 a.m.

An arrest affidavit was not clear whether she took a breath test. She told deputies that she had consumed two vodka drinks earlier in the evening.