Unbelieveable? .... nope its what is politically correct think, apparently 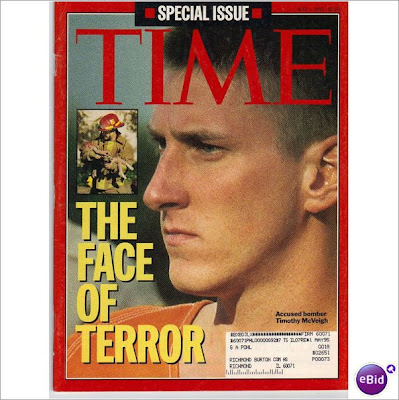 Just what the hell goes through someone's mind when they write shit like this?

Is everything politicized?  Can we wait until we determine WTF happened?

I don't think that's too much to ask for.


Let’s hope the Boston Marathon bomber is a white American

There is a double standard: White terrorists are dealt with as lone wolves, Islamists are existential threats

By David Sirota - Salon
As we now move into the official Political Aftermath period of the Boston bombing — the period that will determine the long-term legislative fallout of the atrocity — the dynamics of privilege will undoubtedly influence the nation’s collective reaction to the attacks. That’s because privilege tends to determine: 1) which groups are — and are not — collectively denigrated or targeted for the unlawful actions of individuals; and 2) how big and politically game-changing the overall reaction ends up being.

This has been most obvious in the context of recent mass shootings. In those awful episodes, a religious or ethnic minority group lacking such privilege would likely be collectively slandered and/or targeted with surveillance or profiling (or worse) if some of its individuals comprised most of the mass shooters. However, white male privilege means white men are not collectively denigrated/targeted for those shootings — even though most come at the hands of white dudes.

Likewise, in the context of terrorist attacks, such privilege means white non-Islamic terrorists are typically portrayed not as representative of whole groups or ideologies, but as “lone wolf” threats to be dealt with as isolated law enforcement matters. Meanwhile, non-white or developing-world terrorism suspects are often reflexively portrayed as representative of larger conspiracies, ideologies and religions that must be dealt with as systemic threats — the kind potentially requiring everything from law enforcement action to military operations to civil liberties legislation to foreign policy shifts.