Its more carnage on the streets of San Antonio 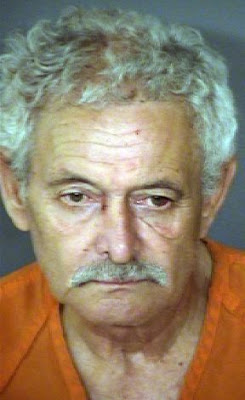 And just like that another 4 lives are snuffed out and a young teen is left an orphan.

What will happen to the asshat that got drunk and decided to drive 18 wheeler?

Maybe 20 years in prison?  Just watch, this is San Antonio after all.  He'll maybe get probation if he's eligible.

The most disturbing part of the news article is it is only just mid-April and there have been 50 folks already killed on the roads in the city.  That's better than 15 souls lost a month.


Four in family killed in wrong-way crash on U.S. 90
By Michelle Mondo - Express-News

Police charged a Carrollton truck driver with four counts of intoxication manslaughter after he allegedly barreled down the wrong way on U.S. 90 West around midnight Saturday, slamming head-on into an SUV carrying a family of five from Brackettville, police said.

Seventh-grader Zachary Koontz, the youngest of the three children traveling in the vehicle, was the only survivor, according to police and school officials.

This is the deadliest crash in the city this year, which has seen 50 people killed on the roads, 12 more than at this time in 2012, according to police.