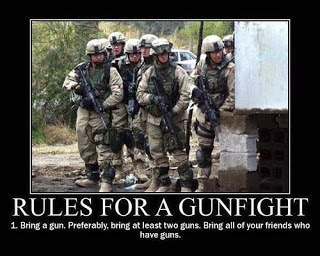 To show a crime was committed.

Don't bring a bat to a gunfight.

NEW BRAUNFELS — A Canyon Lake man who shot and killed a bat-wielding intruder outside his and his neighbor’s homes earlier this year will not face prosecution, authorities said Monday.

Capt. Tommy Ward of Comal County Sheriff’s Office said no charges will be filed in the January incident that ended with the fatal shooting of Anthony Regan, 36, in the 100 block of Chapman Parkway. Ward said that around mid-March, detectives presented the case to the Comal County criminal district attorney’s office.

“They are not accepting it,” he said. “There is not sufficient evidence to show that a crime was committed.”