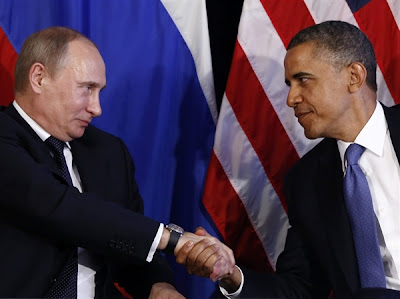 What are they saying in the Arab News?


Russia, US to bolster ties after Boston
Arab News -

MOSCOW: Russia and the United States agreed yesterday to step up cooperation in their fight against terror in the wake of news that two ethnic Chechens were suspected of organizing the deadly Boston Marathon bombings.

The Kremlin said Russian leader Vladimir Putin called US President Barack Obama to once again express his condolences and discuss ways the two sides can work more closely on security in the runup to the 2014 Winter Olympic Games in Sochi.

"Both sides underscored their interest in bolstering the close cooperation of Russian and US special services in the fight against international terrorism," the Kremlin said in a statement.

Obama said victims of the Boston Marathon explosions still deserve to know the motives and the planning behind the deadly blasts. He acknowledged that the capture of a second suspect in Boston brought to a close a trying five days for his presidency and for the nation.